Semarang, 30 August 2017 — The Nineteenth Working Group on Agriculture, Fisheries and Forestry (19th WGAFF) meeting between the Republic of Indonesia and the Kingdom of the Netherlands was held on 30 August in Semarang, Central Java – Indonesia. The meeting was co-chaired by Marjolijn Sonnema, Director General Agro and Nature of the Ministry of Economic Affairs of the Netherlands and Dr. Spudnik Sujono Kamino, Director General  of Horticulture of the Ministry of Agriculture of Indonesia.

The 19th WGAFF was opened with the expert group meetings on Phytosanitary, Veterinary and Fisheries on 29 August 2017, where experts of both countries exchange updates on the bilateral cooperation and agro-related trade policies, elaborate on possible solutions concerning market access, as well as monitoring mechanism.

Marjolijn Sonnema stated: “there is a clear willingness and trust to solve any problems that might hamper our trade or investments to the benefit of both our countries”.

Both sides agreed to strengthen the bilateral relations for the mutual benefit and appreciate the openness and friendliness  creating positive atmosphere and energy to further join forces to reach the goals set together.

Source: Embassy of the Kingdom of the Netherlands 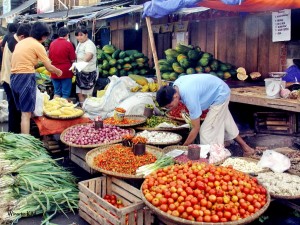