ARPI Note: Continuing supply of food in Indonesia has to pay attention for government. Cold logistics will be more important to solve the problem that also as a challenge to develop.

Inflation can be maintained through controlled food prices

Jakarta (ANTARA News) – Coordinating Minister for Economic Affairs Darmin Nasution said that the inflation until the September 2017 period could be maintained through controlled food prices.

“The food prices are still okay and can be controlled,” Darmin stated in Jakarta on Monday.

Darmin noted that the controlled price of foodstuff can still be supported by the monsoon, which will help the third harvest season, in the run-up to the end of the year.

“Usually, production of foodstuffs will be risky in December or January, but considering the monsoon, the third season can have good harvest,” he remarked.

Darmin explained that the inflation of 0.13 percent in September 2017 was considered a good achievement and was still in line with the year-end inflation target of 4.3 percent.

“We want inflation to be between three and four percent. Actually, for the month, the 0.25 percent to 0.3 percent is okay,” he revealed.

Earlier, the Central Board of Statistics (BPS) recorded an inflation of 0.13 percent in September 2017, such that the rate of inflation from January to September 2017 reached 2.66 percent and the inflation rate year-on-year (YoY) was at 3.72 percent.

Nevertheless, the food expenditure category experienced a deflation of 0.53 percent in September 2017, with a contribution of minus 0.11 percent to inflation. 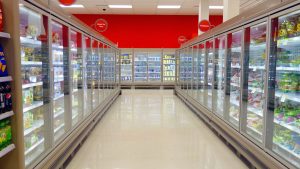