Jakarta (ANTARA News) – Ulus Primawan, a farmer from Lembang of West Java, has received the “Asia-Pacific Model Farmers” award from the Food and Agriculture Organization (FAO) of the United Nations.

A statement of the FAO said that the award was received during the commemoration of the World Food Day at the FAO Asia Pacific Regional office held in Bangkok, Thailand, on Monday.

Pirmawan, 43, received the award for his innovation in horticulture production system.

The elementary-school-graduated farmer has become a model for his innovation, high spirit, and strong will that could bring remarkable benefits, even for small-scale farmers.

In addition to hard work, Pirmawan’s success is a combination of collaboration, rich volcanic soil, and a will to share knowledge with others.

West Java was known for its fertile volcanic soil that could produce high-quality agricultural products. Pirmawan could harvest 1.5 tons of green beans from his three hectares of land.

As a leader of 20-members farmers association, he worked hard to ensure their commodity could reach the market on time, in an accurate volume and reasonable price.

Before the group was established, Pirmawan and his neighbors did not have other options than to sell their commodities to the middle men.

This resulted in a longer supply chain and reduced the selling price achieved by farmers.

Pirmawan has benefited the governments support to establish the farmers’ association in a bid to overcome the problem.

After removing the middle man in their supply chain, each member of the group could earn some Rp15 million per month, four times higher than the previous income.

In 2014, Pirmawan participated in the farmers exchange program of the Japan International Cooperation Agency (JICA) to improve his marketing skills.

In the same year and in 2015, he received award from the Indonesian government for his success to export beans.

Currently, he employs 15 workers and continues to share his knowledge with other farmers, including those from the neighboring country of Timor Leste.

“I will continue to work and train others as long as I can do it. I am proud to be doing this,” he remarked.

In addition to Pirmawan, four other farmers from Afghanistan, Japan, Nepal, and Thailand have also received the award from FAO.

The award was presented by FAO Special Ambassador for Zero Hunger in Asia and the Pacific, Princess Maha Chakri Sirindhorn. (editor: Heru). 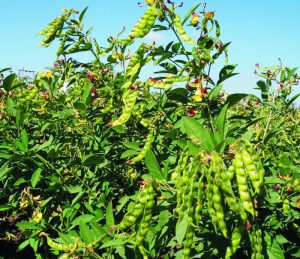