ARPI (ICCA) Note:  this agreement will make the transportation of Java island easier to reach among its cities. That is helpful for ARPI to distribute the fresh products which need good cold chain system using railway container, its delivery time and treatment will be better

Denpasar, Bali (ANTARA News) – The Indonesian and Japanese governments have agreed to complete their three cooperation projects in Indonesia on schedule.

“We have held intensive talks with Japan to discuss the three projects: MRT, Jakarta-Surabaya railway lines, and Patimban port. Japan has agreed that all projects will run as scheduled. The MRT system will began operating in March 2019, and Patimban port will become operational according to the plan. The problems have been solved,” he noted.

He said Japan had also agreed to Indonesias proposal to use the existing railway tracks to operate the Jakarta-Surabaya semi high-speed railway lines.

For its part, the Transportation Ministry will solve all problems related to level crossings, and the semi high-speed railway lines will become operational as of 2020, he noted.

He expressed hope that the construction of Patimban port would be completed earlier than schedule.

The loans to develop the port will be disbursed in October.

Meanwhile, Minister Makino is optimistic that the cooperation would strengthen both countries relations that date back six decades.

“Today, (I) and Transportation Minister Budi Karya Sumadi have discussed the three projects in detail. I think all three projects will run as scheduled,” he noted.

He expressed commitment to always supporting Indonesia-Japan cooperation programs and projects, so that they will benefit both nations. 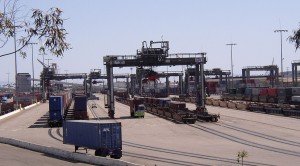